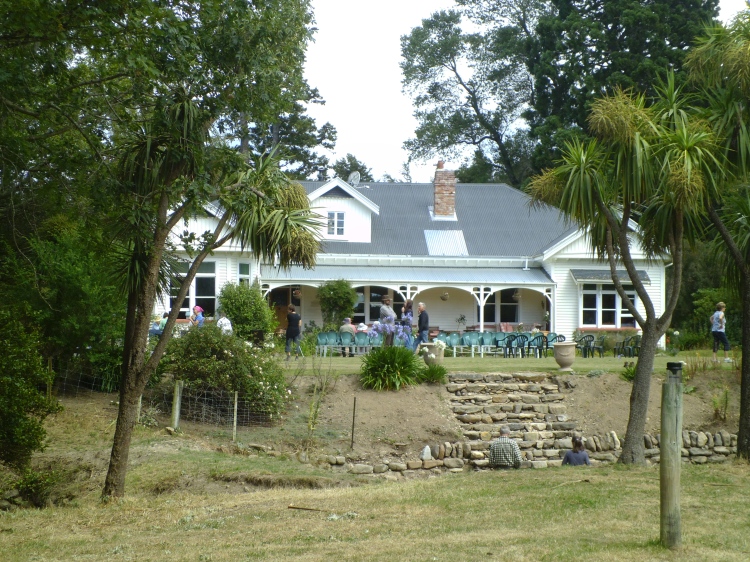 .
Henry Phillips was the fourth son of Joseph Phillips and Judith (nee Dix). They married on 3 August, 1789, in Guilden Morden, Cambridgeshire, England. They had 5 children:

Henry Phillips married Mary Ann Physick on 1 May, 1828 in Holbeach, Lincolnshire. They had 12 children:

Emma Phillips
1832 – 1919
Married Thomas Henry POTTS in England and moved with him to Canterbury where they eventually built and resided at Ohinetahi, Governors Bay. Potts, who inherited a fortune from his family’s small-arms manufacturing business in England, is credited with bringing the first azaleas and rhododendrons to the Province the seeds of which he selected from Kew Gardens before emigrating. He was one of New Zealand’s earliest conservationists. Many of his plant specimens were moved to and established at Henry Phillips’ property – Rockwood. The couple had 13 children, 10 of which were born in New Zealand, some born at Rockwood itself. Thomas and Emma are buried at Linwood Cemetery, Christchurch

Henry Phillips and his wife, Mary Ann arrived in Lyttelton, Canterbury, on the Sir George Seymour, one of the “First Four Ships” on 17 December 1850. They were accompanied by 6* (see note below) of their 12 children: Henry (18), James (13), Charles (11), Thomas (8), George (7), William (4). These names and ages are taken from a scan of the original ‘List of Chief Cabin Passengers‘ available on the Archives New Zealand website. There is no mention of their eldest child, John Physick Phillips, nor another son Richard Phillips b. 1837 (Richard may have passed away in early childhood). There is, however, a notice of John’s marriage to Louisa Smith, at Rockwood, in April of 1863, so we can be sure he did make it to New Zealand at some stage.

While in England, Henry Phillips purchased Rural Section (RS) 69 from the Canterbury Association – a 100 acre plot located in what is now the Phillipstown area of Christchurch.

Four days after arriving in New Zealand, Henry sold RS 69 to a John Phillips, a brewer, of Royston, Hertfordshire. John never came to live in New Zealand and some sources say that Henry managed the land for him until 1861. Was there a link between the two Phillips men? It appears so. John Phillips was a brewer.(page 5 ‘The Landowner’). In the 1841 England census, Henry Phillips’ occupation is… brewer. It is certainly the correct Henry – observe his children’s names – John, Adelaide and Emma.

Furthermore, the Journal of the Brewery History Society has detailed information about the Phillips’ involvement in brewing – worth a read! And, the article makes reference to John Phillips’ Will that states “Will also included property in Canterbury, New Zealand, possibly as a result of his brother Henry’s emigration”. However, I can find no reference in the genealogical records of a brother John – so he is possibly a more distant relation such as a cousin.

So – it certainly looks like there was a family connection with Henry’s Christchurch land sale.

Henry Phillips purchased, retained and leased further blocks of land in Christchurch, and set up home at a farm he named St Martins, now a suburb of Christchurch of the same name. In 1852 he purchased and moved to what is now the Rockwood Station in the Hororata region of Canterbury, adding to it in 1862 with his purchase of The Point (10,000 acres).

Henry lived at Rockwood until his death in September 1877 and he is buried near the black beech forest on a quarter acre of consecrated land within the station’s grounds alongside his wife (see images at top of page). Also buried there are two of his sons, James and Henry (below)

*It should be noted that, although the passenger lists state “6 of their children” there is a 7th name  – Frederick – noted as ‘Mr’. There is no genealogical evidence for Henry and Mary Ann having a son named Frederick. However, there is mention of a nephew named Frederick coming to New Zealand with the Phillips family (“A nephew of Henry Phillips of Rockwood, he came out with him and his family in the “Sir George Seymour” in 1850”.)

Further research into Frederick Phillips suggests he ‘may’ be the son of Joseph Phillips, Henry’s elder brother. While Frederick married in Christchurch in 1858 (to Harriet Morton Ollivier) he is shown back in England on the 1861 census as living with his parents, but married, and listed as a sheep farmer. This Frederick dies one year later in Stamford, as per the genealogical data found for Harriet’s husband Frederick. Harriet remains in New Zealand and remarries. Frederick’s father, also a brewer, appears to have been widowed by the 1841 Census, with several children. Perhaps this is why 17/18 year old Frederick was sent, or left of his own accord, with his Uncle, Henry Phillips, to New Zealand.

Do you have a connection with the Phillips family of Rockwood? Can you add to, or perhaps amend, the information given above? Have you learnt anything new from this blog post?  I’d love to hear from you.