Located a couple of kilometres outside of the alpine spa town of Hanmer Springs this well-kept cemetery sits in a quiet spot in the clean alpine air surrounded by thick pine forests.

Maori on “ara pounamu” (greenstone trails) were the first to enjoy the thermal waters at Hanmer, as part of a rest stop on the long journey from the East to the West Coast.

The first known European discovery of the thermal springs in the area was in April 1859 by William Jones.

William was a farm manager from nearby Culverden, who investigated the area after what he saw what appeared to be “a remarkable fog” but which was, in fact, steam rising from the geo-thermal waters.

The village was thereafter named after Thomas Hanmer a early settler.

Early development of the township, which sits at an elevation of around 400 metres, was hindered by inaccessibility and a ferry crossed the Waiau River. The first Ferry Bridge, which crosses a deep gorge of the Waiau River, blew down in a strong nor’wester and wasn’t replaced until 1874. It was only then, with the construction of an iron bathing shed and the appointment of a manager in 1879, that the hot springs really began to develop as a resort town.

In the early days the hot pools were closely linked to the nearby Queen Mary Hospital and the rehabilitation of soldiers returning from war and those affected by arthritis.

Today, Hanmer Springs is a busy alpine resort town, and its modernised complex of hot pools continues to attract visitors from all over the globe.

The earliest gravestone I have recorded at Hanmer Springs Cemetery is of a “W A Wattse” in 1862 – not long after the founding of the township. Even the Hurunui District Council has recorded the name on their database as “W A Wattse”. However, historical references relating to the death of this person indicate his name was, in fact, “John W A Watts” (see listing below).

Hurunui District Council maintains an online searchable database of burials at Hanmer Springs Cemetery along with a plot map. Full dates of death have been sourced for these listings from that database.

High-resolution photographs of gravestones are available, plus one or two of the cemetery/church if applicable. This includes a full transcription, particularly for those stones that are hard to read or eroded. 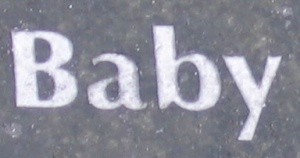 via the Hurunui Kete

“Proprietor of Jollie’s Pass Hotel, and Hanmer Lodge, was born in County Tyrone, Ireland, in 1853. At the age of three years he was brought to New Zealand by his parents, who settled in Auckland, until going to Adelaide in 1859. After four years in Australia they removed to Tasmania, where Mr. Hood received his education, and engaged in gold digging and farmwork. Mr. Hood was for four years at Ballarat, where he was very successful. In 1875 he came to Dunedin, and worked as a carrier between that city and Queens-town for two years, and subsequently started hotelkeeping at Pigroot. He has since had hotels at Timaru and Geraldine. In 1895 Mr. Hood took over Jollie’s Pass Hotel, and three years later had the Hanmer Lodge built. He also has a farm of 1000 acres, which carries a flock of crossbreds. Mr. Hood has been prominent in racing circles, particularly in trotting races at Timaru and Geraldine, where he owned a number of valuable horses. At Geraldine he had charge of the construction of the cycling track, which was very successfully finished under his supervision. Mr. Hood was married, in 1897, to a daughter of Mr. George Currie, of Naseby, Otago, and has two sons and four daughters.” [Source: The Cyclopedia of New Zealand 1903]

“Elizabeth Lahmert was the proprieof Amuri Grange, is the widow of the late Mr. Augustus Lahmert. She was born in 1850, in the parish of St. Veep, Cornwall, England, where she received her education, and engaged in nursing. Mrs Lahmert came to Lyttelton with her brother in 1876, by the ship “Edwin Fox.” She engaged in nursing in Christchurch until her marriage in 1884. In 1885 she went with her late husband to Jack’s Pass. Mrs Lahmert was for fourteen years at the Pass, before removing to her present abode. She is much respected, and is the oldest lady settler on Hanmer Plains. Mr. Lahmert died in November, 1895, leaving one son and one daughter.” [Source: The Cyclopedia of New Zealand 1903]

(Corp.) LITTLE, Neil Donald (d. 25th November, 1918). Served in the Medical Corps and died of disease. His military record can be viewed here.

MATHIESON, Alexander (d. 3rd May, 1911). Born in Argyleshire, Scotland, where his father was a farmer. He moved with his family to the property Kilberry in Coleraine, Western Victoria, Australia in 1865. In 1889 Alexander Mathieson moved to New Zealand where he married Jessie McArthur of St James’ Station. He spent the last nine years of his life in Hanmer Springs. He died age 65. (Obituary)

RIPPINGALE, John Blanchard (d. 24th May, 1959). “Jack”, as he was known, is mentioned in the book “Big country of the South Island” by Peter Newton, page 205 regarding Mount Algidus:

” This wild rockbound country, cut off by the musterers and the Algidus gangs have included the names of amny of our best known hillmen. Most famous of those of the Urquhart era was probably Jack Rippingale. Noted for his tall stories “Old Rip” was part and parcel of the station for many years and it was only extreme age that finally made him retire “

via the Hurunui Kete

WATTS, W A (Most likely to be John Watts). Drowned 14th January, 1862, while attempting to cross the Waiau River on horseback during a trip from Christchurch to the Hanmer Plains. Subscribe to the Hunting Kiwis blog to be kept informed of an upcoming Headstone Histories article on this gravestone.